Arma Dei Academy was founded in June 2012 by four families who desired to pursue an excellent Christian education for their children but more importantly, for the greater good of generations to come.

Looking for both excellent academics and strong faith-based curriculum, these families invested their time and resources to investigate classical Christian education through books, conferences, and by visiting many classical Christian schools throughout the United States.

These efforts further convinced them of the need to provide a classical Christian education, not only for their own children, but as a ministry for their surrounding communities. As the school began to become a reality, the name “Arma Dei” was suggested by Jennifer Wenger, who would later become a teacher at the school.

The name means Armor of God in Latin and was chosen by the founding families because classical Christian education supports and encourages students as they learn to put on the whole armor of God (Ephesians 6).

Shortly after its formation, the founding families then collaborated to develop the following mission statement: To glorify God by providing an excellent classical Christian education founded upon a biblical worldview which equips students to live purposefully and intelligently in service to God and others.

These families took a leap of faith and committed to open the school in 2012. A facility was secured in Highlands Ranch, teachers were miraculously found and hired, and curriculum was selected and purchased.

The founding families relied on several schools and administrators within the Association of Classical Christian Schools, a national organization. These individuals, including Douglas Wilson, Matt Whitling, Rodney and Robi Marshall, and many others were instrumental in the modeling and mentoring they provided to the founding families and teachers at Arma Dei Academy 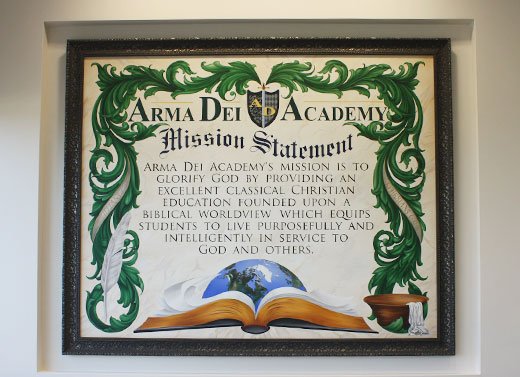 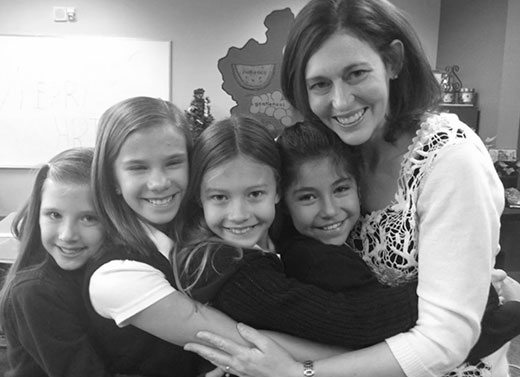 2012-2013 Four families set out to pursue excellence in educating future generations through both a high view of academics and a high view of God. Arma Dei Academy’s mission began, to glorify God by providing an excellent classical Christian education founded upon a biblical worldview which equips students to live purposefully and intelligently in service to God and others. The academy opened with 9 students ranging from 2nd to 7th grade, 3 full-time teachers, and 2 part-time teachers.

2013-2014 Construction began on a new facility as we celebrated the start of our second academic school year with 25 students. 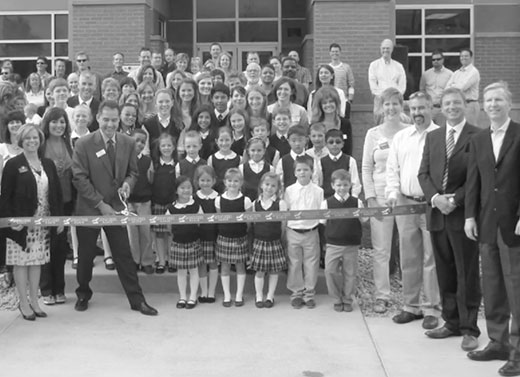 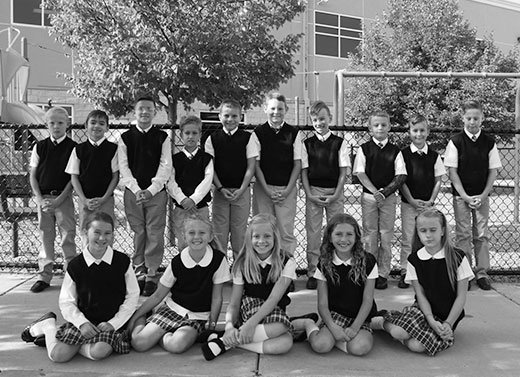 2015-2016 Arma Dei continued to experience rapid growth as the new school year kicked off with 103 students. The physical campus was further enhanced with the building of a new turf field and playground. 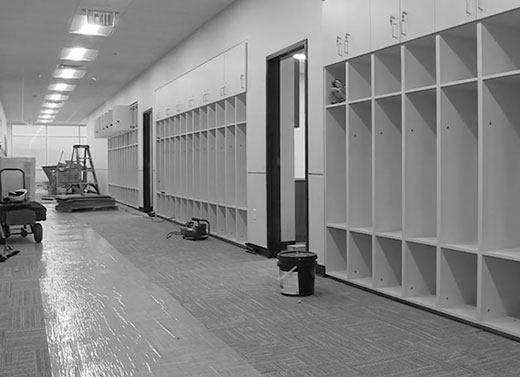 2017-2018 As the school year began, we were bursting at the seams with 165 students. By the grace of God, in January 2018 Arma Dei broke ground on a 17,500 square foot building to support our growing community. 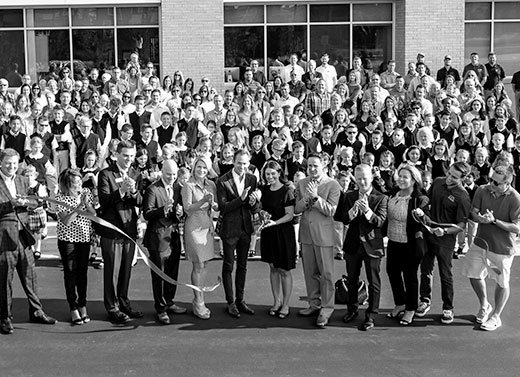 2019-2020 Arma Dei Academy continued to experience tremendous growth, including the addition of a Preschool and a Homeschool Collaborative program. To further the mission of Arma Dei Academy, K-8 students participated in the first annual Recitation & Art Showcase, the School of Logic instituted a House system, and our school-wide scripture memorization program was formalized under the name Dwell. Due to the novel Coronavirus, our students continued to receive an excellent classical Christian education through a Distance Learning Program. 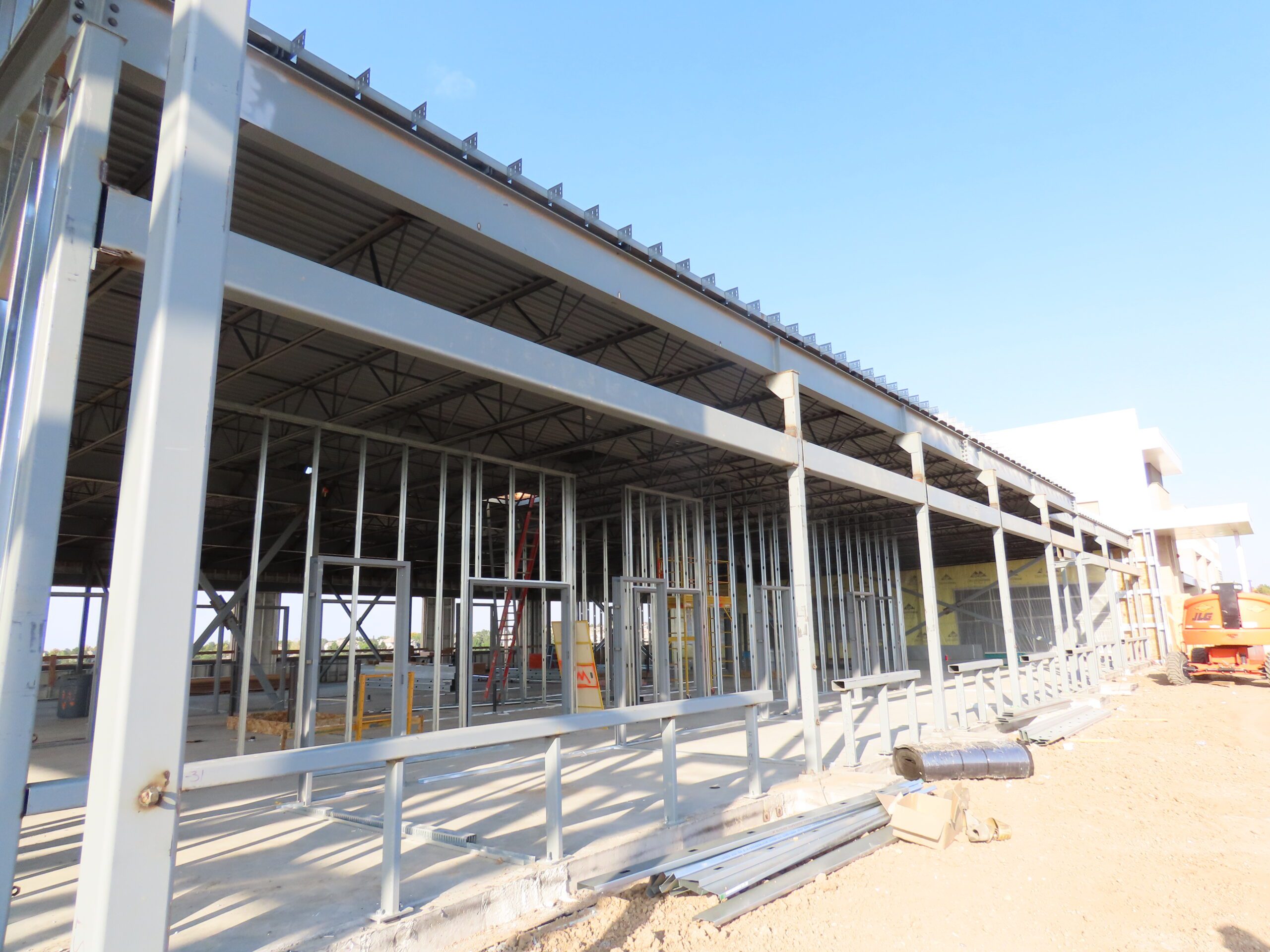 2020-2021 We are thrilled to welcome 310 students across the Preschool, K-8, and Homeschool Collaborative programs back to the Arma Dei campuses. In May we broke ground on Phase II of a 24,000 square foot building expansion scheduled to be open in January 2021. Additionally, plans are underway to open a High School (School of Rhetoric) in the Fall of 2021. We are in awe of who God is and what He continues to do at Arma Dei. We truly serve the One who is “able to do far more abundantly than all that we ask or think, according to the power at work within us” (Ephesians 3:20). 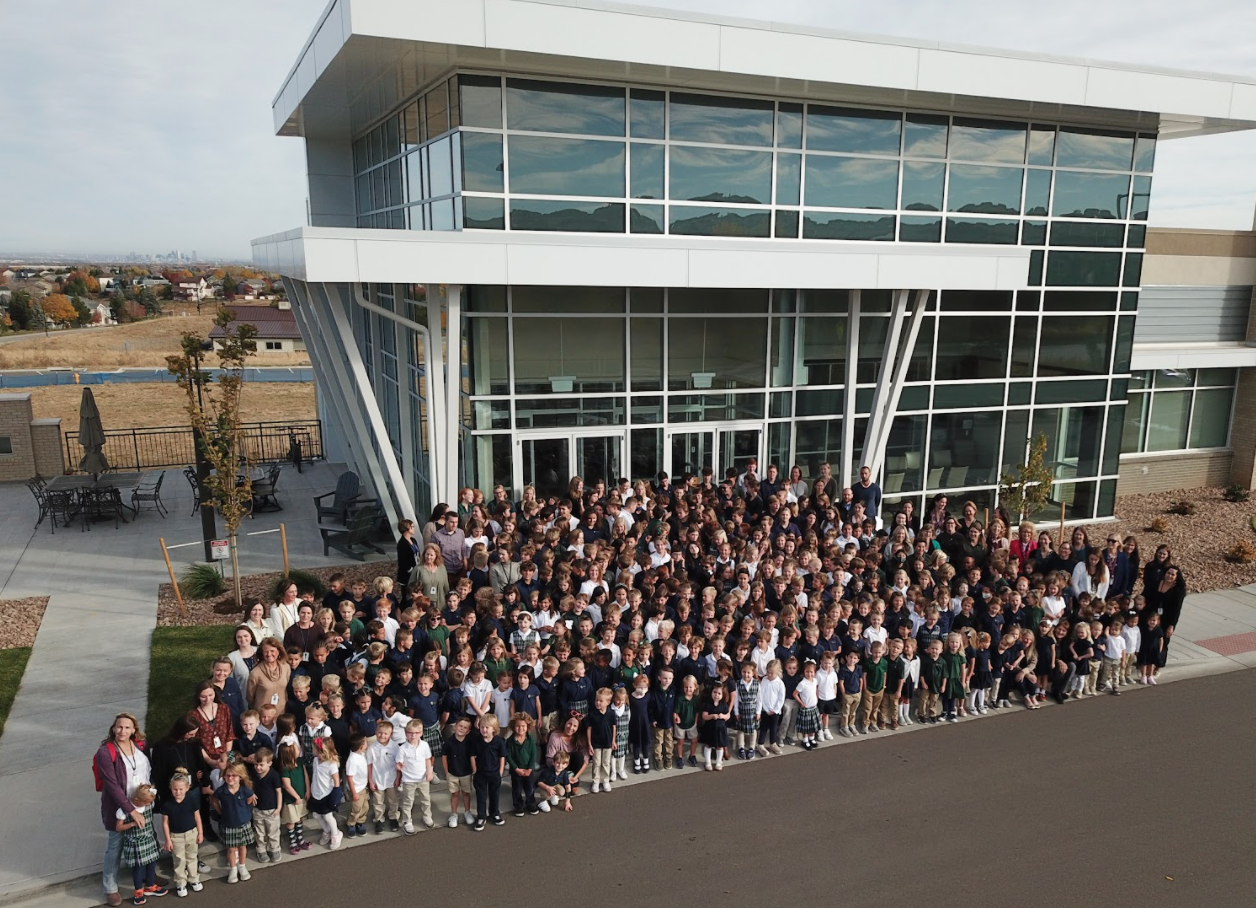 2021-2022 As we begin Arma Dei's 10th academic school year, we have welcomed over 400 Preschool, K-9, and Homeschool Collaborative students from 192 families. Through the Lord's grace and provision, we have launched the Arma Dei Academy School of Rhetoric (9th Grade) and opened the doors of our new beautiful 24,000 square foot building. Soli Deo gloria!

Our mission is to glorify God by providing an excellent classical Christian education founded upon a biblical worldview which equips students to live purposefully and intelligently in service to God and others. We will remain steadfast and immovable, continuing to pursue this mission with complete dependence upon the Lord.

The school is forever grateful for the Cartwright, Macdonald, Nossaman and Vigil families and their commitment to classical Christian education.