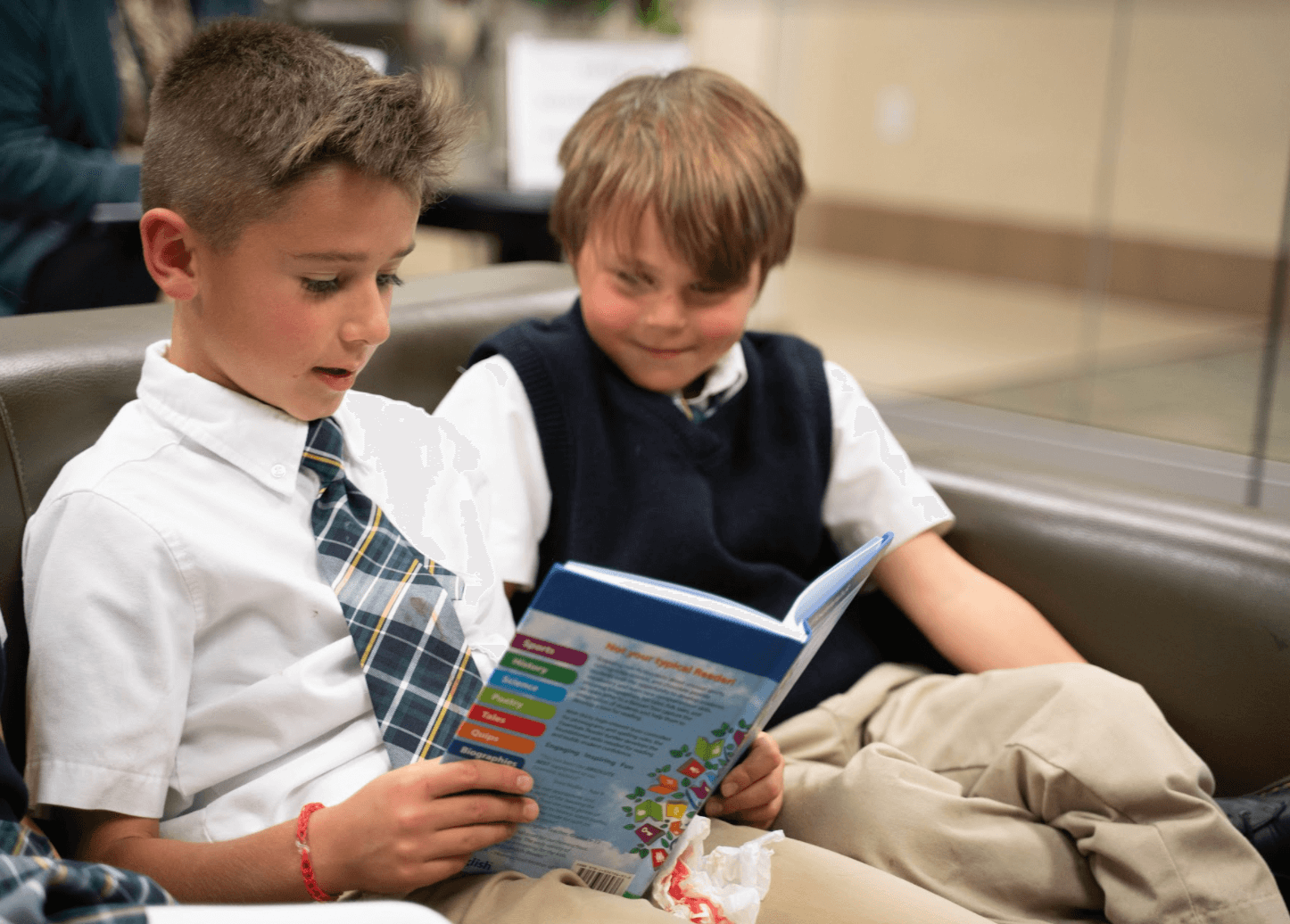 It is difficult to find a school that maintains excellent academic standards while building a strong biblical foundation. Arma Dei Academy provides both! A classical Christian education teaches students how to think and not just what to think. We encourage thoughtful, intelligent faith and help students pursue excellence with humility. We partner with parents to help children thrive and flourish intellectually & spiritually.

Arma Dei Academy raises the standards beyond what our culture expects by training students to reason, discern, and aspire. 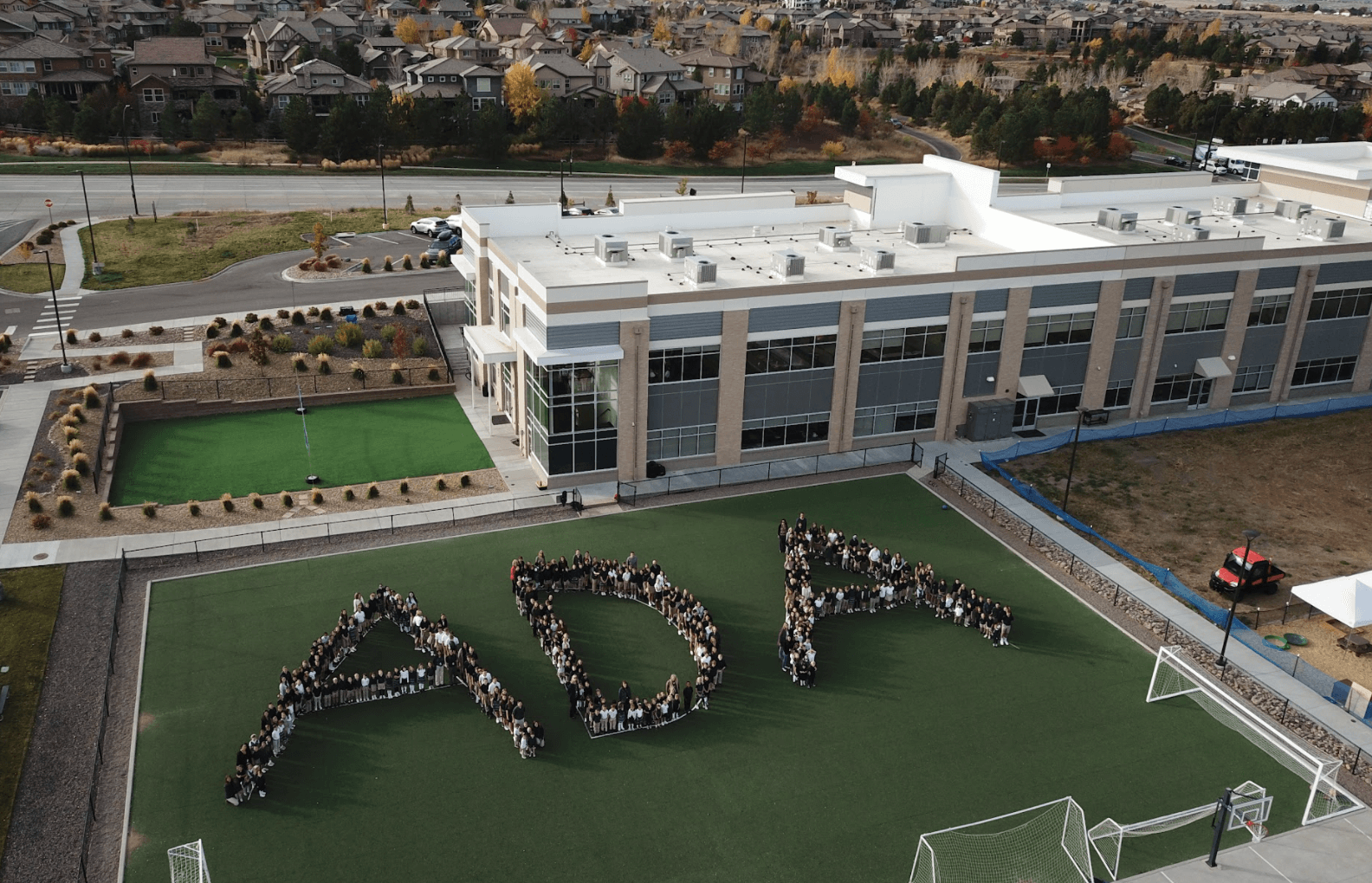 Our mission is to glorify God by providing an excellent classical Christian education founded upon a biblical worldview which equips students to live purposefully and intelligently in service to God and others.

We aim to graduate students, who think clearly and listen carefully with discernment and understanding; who reason persuasively and articulate precisely; who are capable of evaluating their entire range of experience in the light of the Scriptures; and who do so in joyful submission to God. We strive to build a legacy of intelligent and thoughtful leaders who will pursue a purposeful life marked by truth.

Professional and diligent in their work, our faculty are called and equipped to teach and inspire, loving and nurturing students and have a passion for the subjects they teach. They clearly understand how Christ-centered classical education works in their classrooms, and they possess a lifelong thirst to learn and grow. Our faculty coach and nurture new staff and serve as academic mentors to students, as they mature in Christ and grow in the knowledge of God.

We aim to cultivate in our parents a sense of community and responsibility toward the school; to see them well informed about the goals of the classical and Christ-centered approach. We strive to encourage them to be actively and intently involved in and excited about the school. We aim to equip them to follow biblical principles in addressing concerns, to be inclined to hear both sides of a story before rendering a verdict, and to embrace the Scripture’s injunctions to encourage and stir up one another to love and good works.

Finally, in our relationship with our community, we aim to be above reproach. We seek to exemplify the unity of the body of Christ, to develop greater fellowship and understanding with the churches, and to bring honor to our Lord in all our endeavors.

The Statement of Faith adopted by the Board of Directors of the Arma Dei Academy, Inc. is limited to primary Christian doctrine, which is considered central to all Christian denominations, and which sets Christianity apart from other faiths. The corporation is based on traditional Christian and Orthodox beliefs and, therefore, believes it is best for all concerned that employment and admission be open only to those who adhere to traditional Christian and Orthodox beliefs. For our purposes a Christian confesses with his mouth and believes in his heart that Jesus is LORD; He died for her/his sins, and that God raised Jesus from the dead. (Romans 10:8-10.) The Lead Administrator shall operate a school that will closely adhere to the Apostle’s Creed and these following additional statements of faith (collectively the “Statement of Faith”):

3. We believe that God immutably creates each person to reflect his image as male and female and that God looked at everything he had made, and he found it very good (Genesis 1:1, Genesis 1:31, Deuteronomy 6:4, John 10:30). Maleness and Femaleness are biologically determined at conception and are not subject to change. We believe that marriage was instituted by God, is the life-long covenant between one man and one woman, and that all forms of sexual activity outside of marriage are sin (Mark 10:6-9).

5. We believe that, for the salvation of lost and sinful men, regeneration by the Holy Spirit is absolutely necessary. (John 3:3-8)

6. We believe that salvation is by grace through faith alone and not by works (of any kind) that no one may boast. (Ephesians 2:8-9)

11. We believe that all human life is sacred and created by God in His image. Human life is of inestimable worth in all its dimensions, including pre-born babies, the aged, the physically or mentally challenged, and every other state or condition from conception through natural death. We are therefore called to defend, protect, and value all human life (Psalm 119).

12. We believe that God made all people from one man. We believe that God created every person equally in his own image. As divine image bearers, all people have inestimable value and dignity before God and deserve honor, respect, and protection (Genesis 1:26-27). Though people often can be distinguished by different nationalities or ethnicities, they are ontological equals before God in both creation and redemption (Acts 10:34). We believe all sinful actions and their results (including the evils perpetrated between and upon ethnic groups by others) are to be confessed as sinful, repented of, and repudiated.

The above are the foundational beliefs upon which the Academy is based. They are the key elements of Christianity and will be unapologetically taught in various ways through all grade levels. All Directors serving on the Board and Academy staff must subscribe to these foundational principles. This Statement of Faith does not exhaust the extent of our faith. The Bible itself, as the inspired and infallible word of God, speaks with final authority, concerning truth, morality, and the proper conduct of all mankind, is the sole and final source of all that we believe. For the purpose of Academy doctrine, practice, policy, and discipline, the Board of Directors is the Academy’s final interpretative authority on the Bible’s meaning and application (2 Timothy 3:16).

Apostle’s Creed
I believe in God the Father Almighty,
Maker of heaven and earth.
I believe in Jesus Christ, His only Son, our Lord,
who was conceived by the Holy Spirit,
and born of the Virgin Mary.
He suffered under Pontius Pilate,
was crucified, dead, and buried;
He descended into hell.
The third day He rose again from the dead.
He ascended into heaven,
and is seated at the right hand of God the Father Almighty.
From there he shall come to judge the living and the dead.
I believe in the Holy Spirit; The holy *catholic church (*universal),
the communion of saints,
the forgiveness of sins,
The resurrection of the body,
and the life everlasting. Amen.

How Are We Different?

Arma Dei families value their commitment to Christ in all they do. Our parents invest time in their child’s academic growth and share a love for learning and books. As we seek to cultivate healthy and godly habits in our students, parents are also mindful of technology use in their homes and encourage a Christian work ethic for the glory of God. 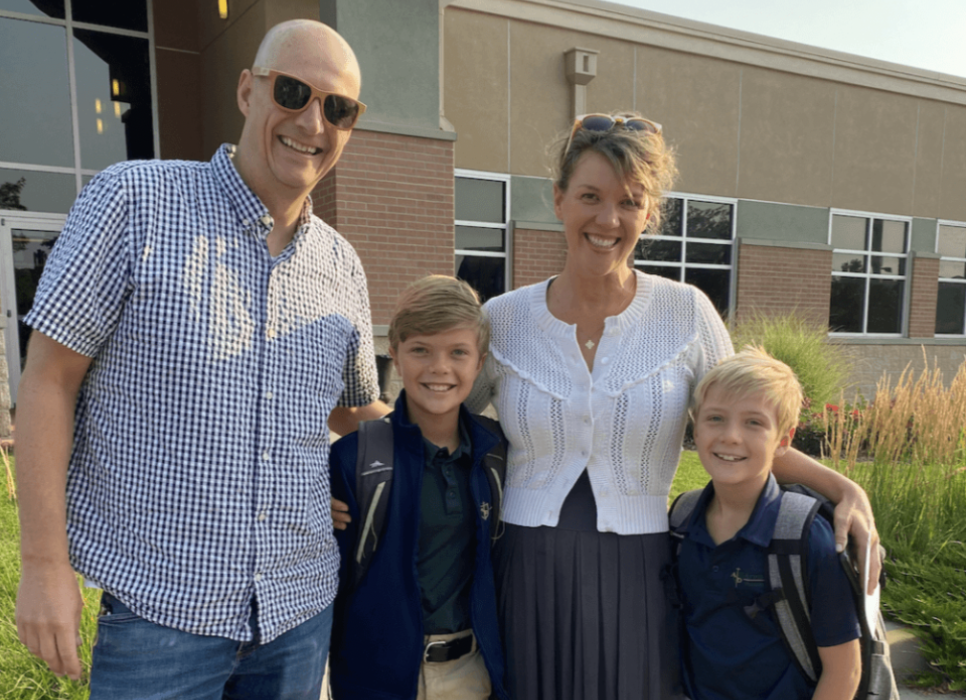 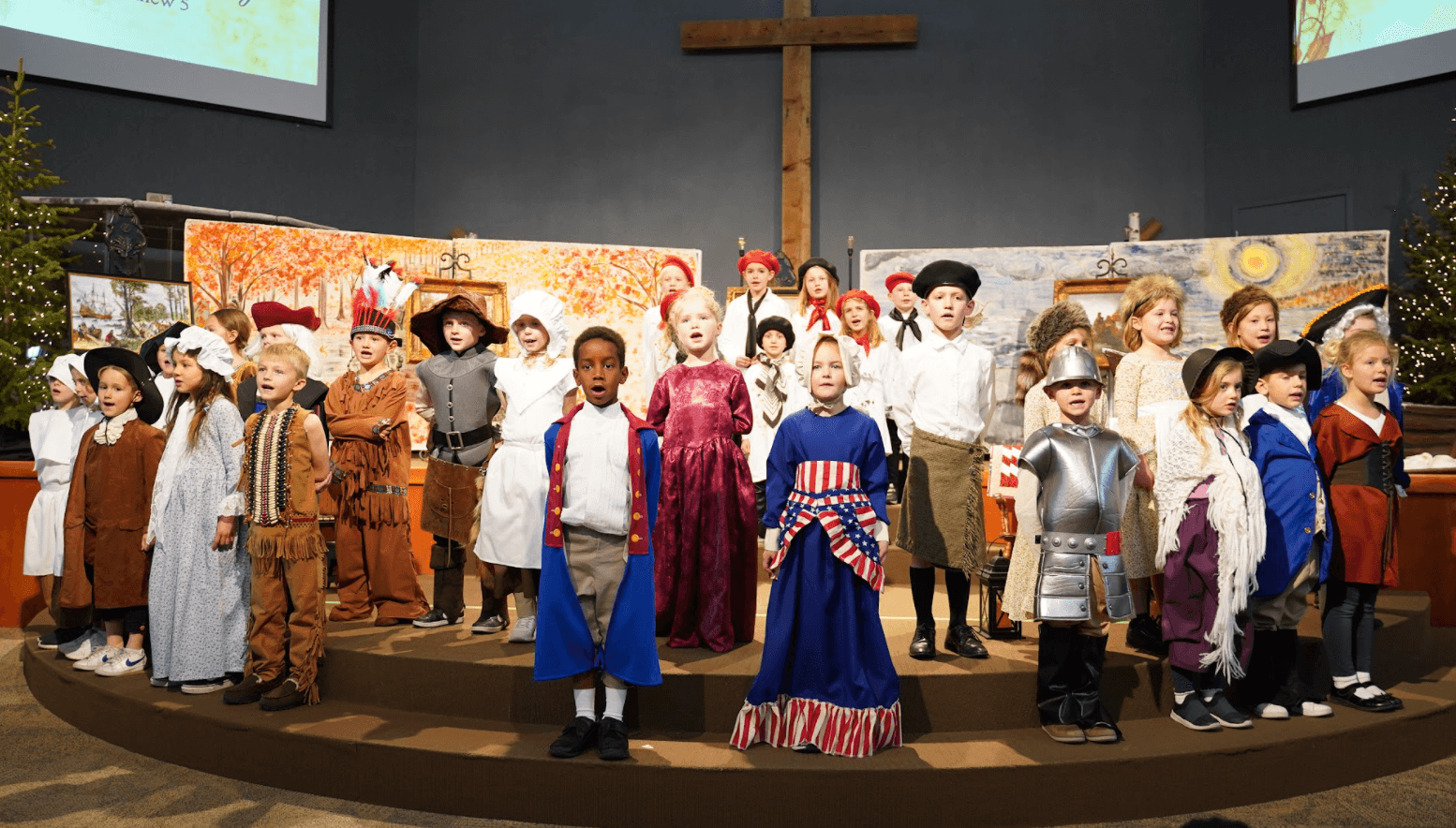 Classical education follows the methodology of the trivium, training students in the grammar, logic, and rhetoric of each subject and teaching in a manner consistent with the appropriate stage of the child’s development. It seeks wisdom and virtue through the pursuit of truth, goodness, and beauty. Classical education emphasizes and seeks to preserve and pass to successive generations the richness of our western cultural heritage.

Arma Dei Academy seeks to view all learning through the lens of a biblical worldview. Students learn to love God with all their heart, soul, mind, and strength by learning and understanding who He is as creator and sovereign Lord. He immutably created man and woman, and he alone sustains them to reflect his image. All knowledge is made complete when seen and understood in relation to the eternal glory and purposes of the triune God. Each aspect of educational endeavor is founded upon and informed by a thoroughly biblical worldview. 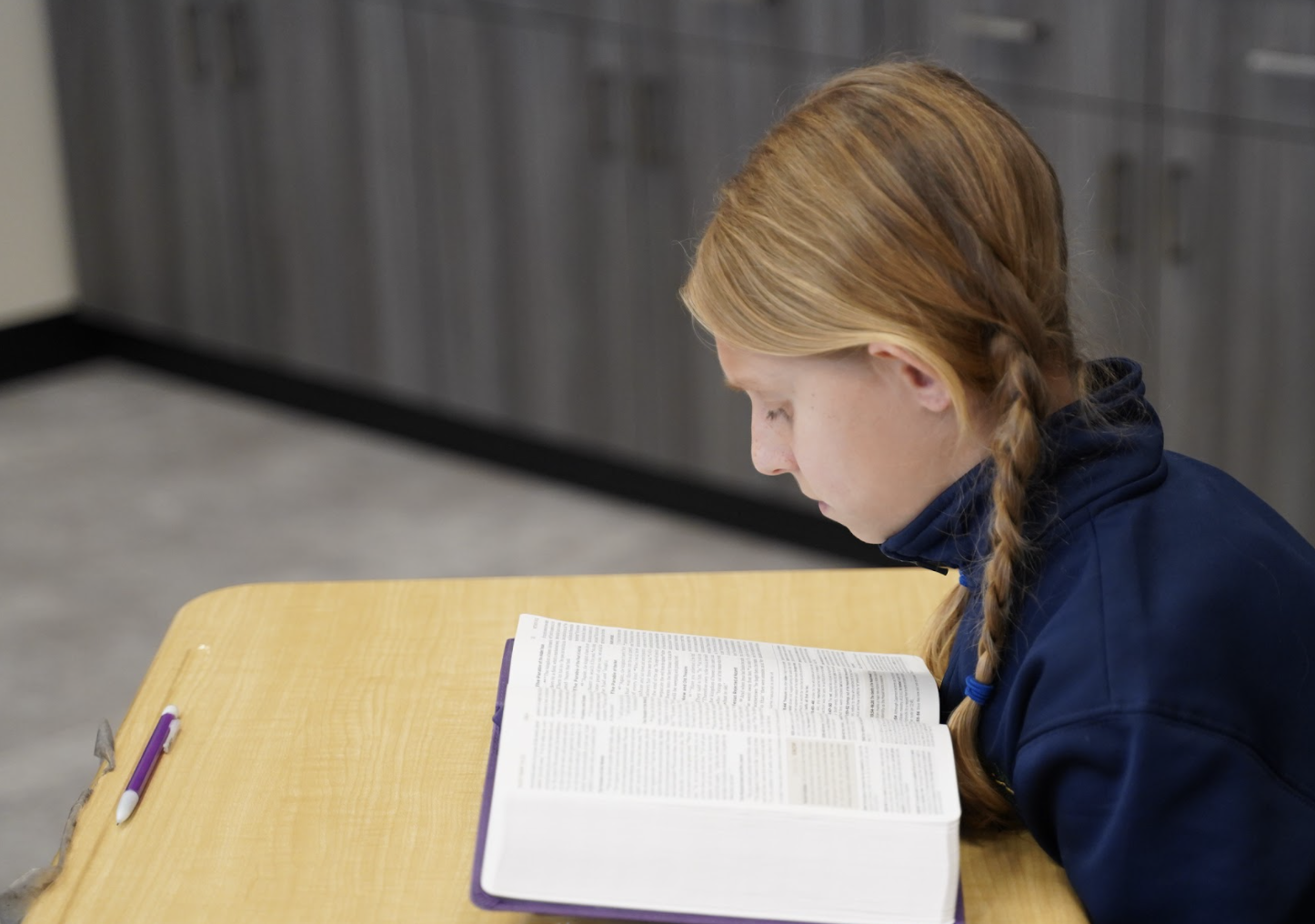 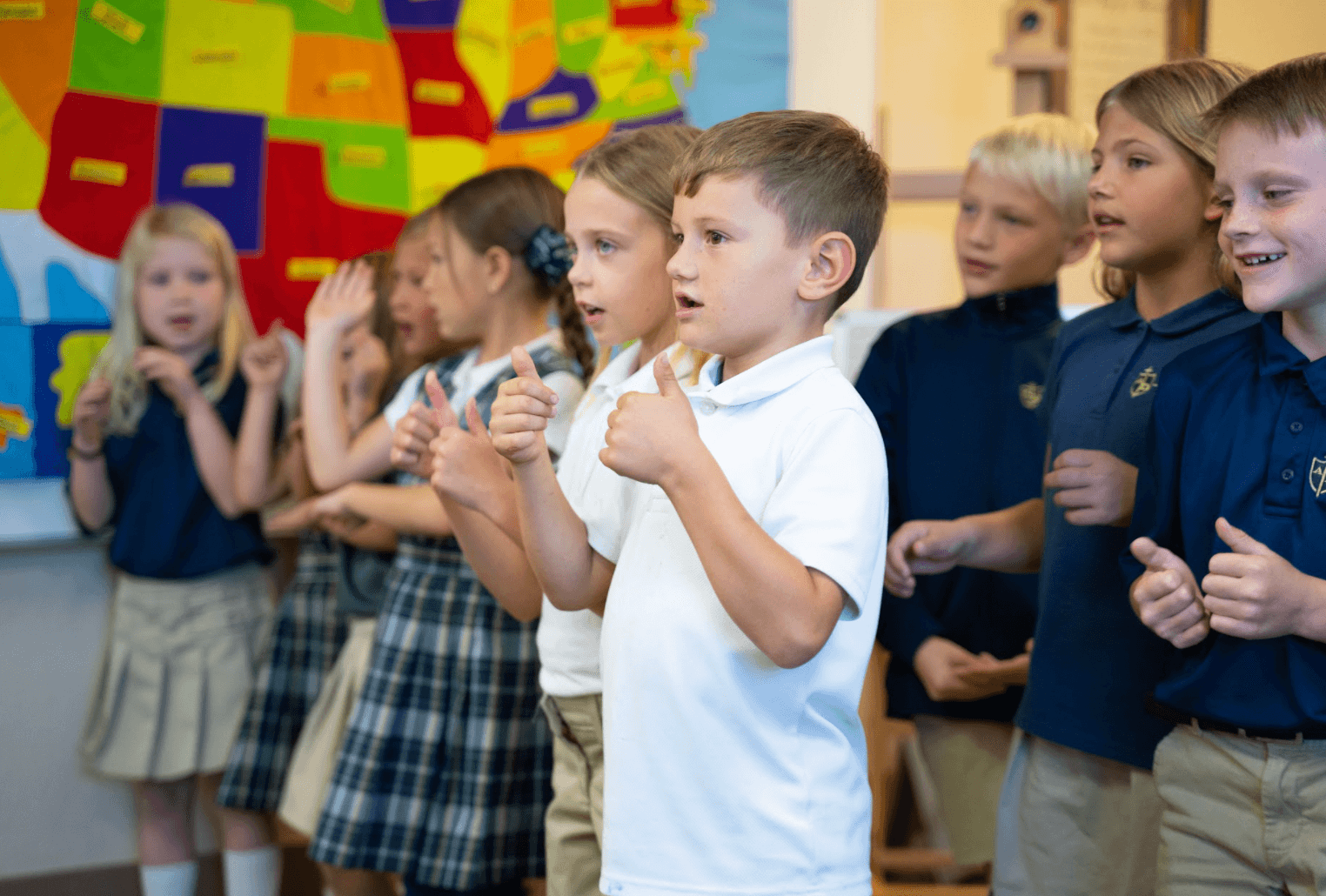 The course of study at Arma Dei Academy is well-rounded, integrated, and vigorous. All subjects are taught as part of a unified whole that demonstrates God’s character as revealed through creation and Scripture. At Arma Dei Academy, education is 1. both rich and rewarding for all students, 2. built upon the belief that all truth, goodness, and beauty are divine absolutes, 3. designed to develop biblical wisdom and Christian virtue by equipping students to know, love, and apply these absolutes to the world around them.

Combining classical teaching principles and a biblical worldview, Arma Dei Academy trains students to pursue excellence in all things by embracing healthy struggle, hard work, and recognizing that growth comes through perseverance and challenge. As students’ understanding of the providential outworking of God’s plan throughout history expands, their commitment to Christ and understanding of life deepens. By graduation, our students demonstrate noticeable depth of character, thought and intellect. They love to learn and are ready to lead.